Today Tamra and Mandy loaded up all the empty suitcases that needed to return home to be filled up again for our next trip.  There was one additional bag at the house that needed to be packed and later in the evening Tamra and Doug took the bag to the school.  They found the front doors open with all the team bags in the hallway and our watchman Sopecha passed out on the office desk!  I went over to see if I could revive him and almost fell over from the smell of Rum.  So sad…….another person lost to alcohol.  Sopecha has had an alcohol problem for many years, but for the last couple of years has been sober.  We decided to give him the watchman job and our trust just last January.  He is an older single man with eight people living in a very tiny house.  It was a good job for him, didn’t pay much, but we provided a bed and a fan for him.  He had a safe quiet place to be and he did a good job watching the school and our house for awhile anyway.  Of course we had to fire him and that caused quite the uproar in Habanero.  With people taking sides – us against Sopecha.  After a couple of days things calmed down.  Sopecha came to the house and apologized and we gave him his month’s pay as a farewell goodwill gift.  I pray he learns from this experience and over comes his challenges. 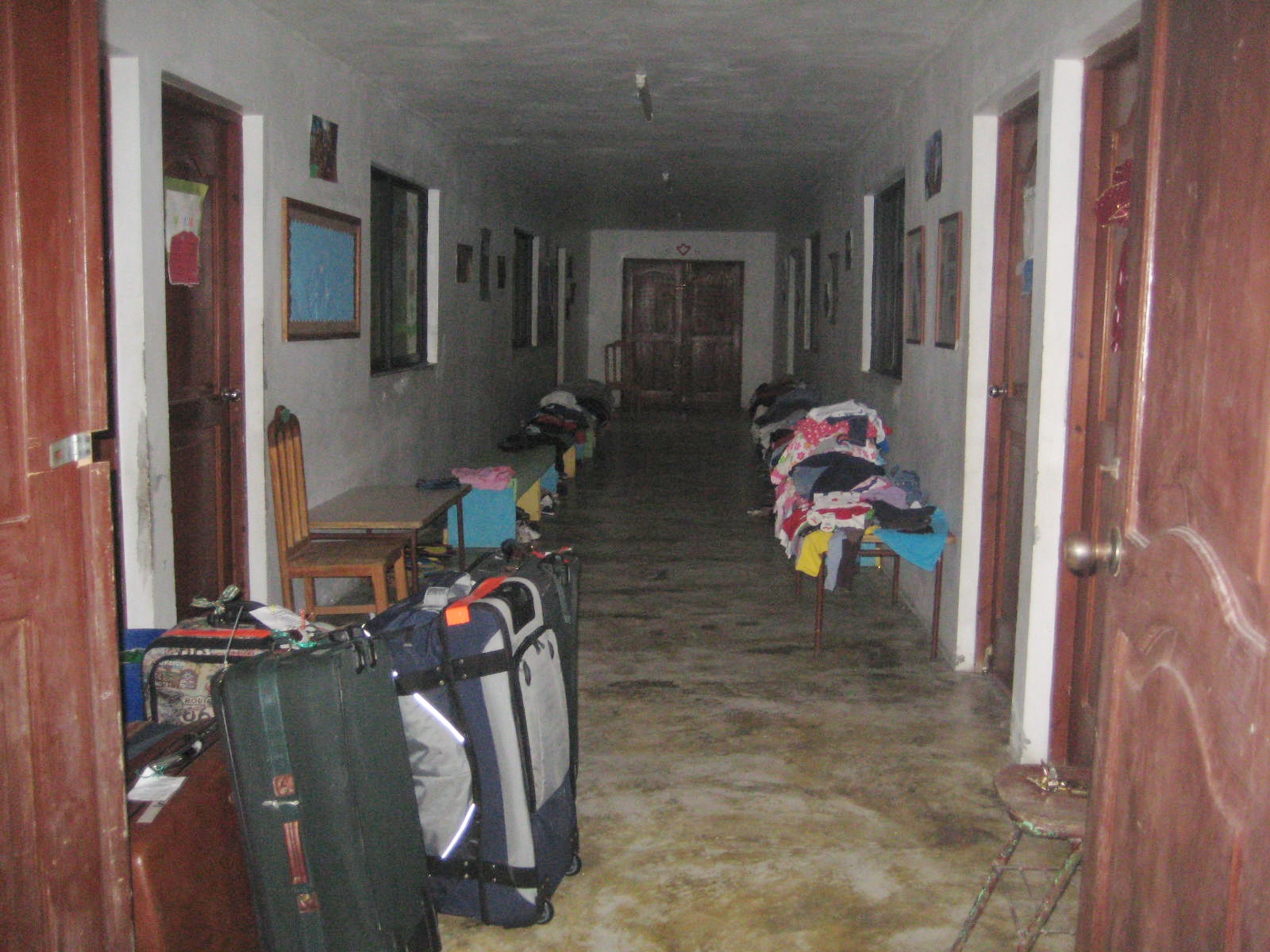